Ooh, look at us, we have a real scene and actual good robots

The USA is a big old dumpster fire of a country, full of racism, sexism, ageism, ableism, and so many isms that it's just about ready to explode from an incompatible mixture of self-flagellation and denial. It's also basically the most relevant country in the world. Ain't that just a comforting thought? Your average American spends all of his or her time either being a fat, greasy, gun-toting truck-driving slob who has three point six equally disgusting children by aged twenty-four and unironically thinks that stuff like Game of Thrones is high brow television because the actors have British accents, or being a scraggly, blue-haired, bicycle-riding, veggie dog-eating, virtue signalling piece of shit who knows everything better than everyone else. No in-betweens are allowed anymore, because then you're a traitor.

Despite this...issue, the American robot scene is the strongest in the world by a laughable margin, even over the quickly rising evil empire of China which will eventually surpass it when the Chinese finally unlock the secret of not making shit parts out of scrap metal. There are so many events that virtually every American builder (they don't use the painfully quaint Britishism of 'roboteer') can basically walk to one, unless they live in like... Hawaii, in which case they swim, or in Wyoming, because literally nobody cares about that state and half of schoolchildren aged 7-12 don't even know it exists. Just like the people who design them, American robots are inevitably bigger, dumber, and more destructive than their international counterparts, yet incongruously far more successful in almost every possible way.

Back to The Salt Mines. 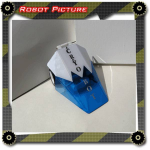