StrAtA is a heavyweight robot of Team MPire. It is best known for entering League Of Robotic Excellence.

In the first week of LoRE, two extra teeth were put on the disc for its fight against Cryoseism; this would also be the only time the extra teeth were used. Both machines managed to hit each other throughout the match, but Cryoseism tore up most of StrAtA, eventually immobilizing it. Its next match was against Parasite, where the exact same result occurred. The third match was against Truth Or Consequences, and StrAtA was able to get some offense, almost flipping it over after a clip from one of the flywheels. After a miscalculation, Truth Or Consequences was able to put StrAtA on its back, and was counted out.

StrAtA's fourth match was its shining moment, when it went up against Bulletproof Bomb. StrAtA managed to tear off Bomb's wedge from a single hit, and flipping it over a couple of times, Bomb pushed and slammed StrAtA a number of times until cease was called, where StrAtA won the match with a 23-22 split judges' decision. The win streak didn't last for long during week 5 against Dead Ringer For Love. Both robots collided and Ringer was knocked away, after a couple of more hits, Ringer was turned over but became more aggressive. StrAtA's chassis was torn open once again, but was able to survive for a judges' decision where it lost a 25-20 decision.

StrAtA's next match was against Punch Buggy, where it was able to dodge the flywheels and land attacks of its own. StrAtA eventually hit Buggy with its own attacks, which turned out to be ineffective. Cease was called, and StrAtA lost to a 27-18 decision. This loss, caused StrAtA to be eliminated from competing in the playoffs. Its next opponent was Shadow Zone Forever with both robots going to the centre, and Shadow immediately flips StrAtA over. It crawls across the floor and manages to flip itself back over from the arena wall. The same happens again with the same result. After a third time, the right side of the flywheel gives out leaving StrAtA spinning in circles where it's eventually counted out. 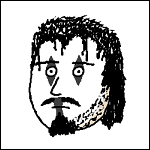